The Opioid Fentanyl Overdose Crisis – How We Got Here 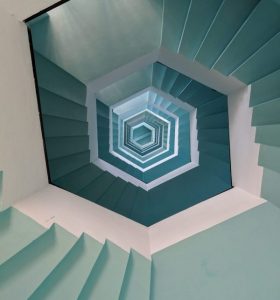 By now it’s no surprise that pharmaceutical companies have been complicit in creating the opioid crisis that is devastating the United States. Nearly 450,000 people have died between 1999 and 2019 due to drug overdose involving opioids. One drug – fentanyl – is fast becoming responsible for a majority of opioid overdose deaths. In a study of opioid fentanyl overdose deaths across 10 states in the United States from July to December of 2016, >50% involved Fentanyl. These deaths and countless more destruction can be tied to pharmaceutical companies encouraging the bribing of doctors to prescribe fentanyl, despite knowing the effects it could have on at-risk populations.

Fentanyl is a pharmaceutically created, synthetic opioid that can be up to 100 times stronger than morphine. Fentanyl was synthesized (created) around than 60 years ago by Dr. Paul Janssen the Janssen Company in Belgium in 1960. Its intended use was for pain management, specifically for patients suffering from cancer. Today it is one of the most used opioid drugs for pain relief.

Fentanyl induces euphoria and pain relief, but also can cause drowsiness, confusion, dizziness, nausea, vomiting, and respiratory depression, among other effects.

How Did Fentanyl Become Part of the Opioid Crisis?

There are two major ways that the opioid fentanyl overdose crisis came to be:

In 2017, a suit filed by Oklahoma Attorney General Mike Hunter against multiple pharmaceutical companies found that said companies used illegal practices to market pain relief drugs, knowingly contributing to the opioid crisis that began around 1991. Companies like Johnson & Johnson, Cephalon, Teva Pharmaceuticals, Purdue and others settled out of court for hundreds of millions of dollars for their part in illegal, unethical and exploitative tactics used to profit from opioid addiction.

The main objective of the pharmaceutical companies was to utilize their salespeople to influence doctors to prescribe pain medication, most often powerful opioids, “off-label”. Prescribing “off-label” refers to when a medication is prescribed for something other than it’s FDA-approved and intended use. While doctors do have the authority to prescribe “off-label” when appropriate, this was not the case in many of the prescriptions associated with the pain drugs from the companies named in the Oklahoma lawsuit. The motivation was purely financial profit, endangering patients’ lives and increasing their risk for all the risks associated with drug dependence and abuse.

Many of the drug overdoses associated with fentanyl are attributed to its use in the illegal drug trade. Fentanyl can be added to heroin as a filler or to increase potency for a lower cost or may be outright substituted for heroin without the user’s knowledge. The danger in this is that fentanyl is much stronger, milligram for milligram. In fact, while a lethal dose of heroin is generally around 75 to 375 milligrams depending on tolerance and physiology, a lethal dose of fentanyl can be as little as 2 milligrams.

Fentanyl is responsible for a significant number of opioid overdoses every year because of the unpredictability of its potency when it is illegally manufactured. Illegal creators of fentanyl and fentanyl analogues (drugs very similar to fentanyl) are not concerned with maintaining drug integrity or consistency of potency. Likewise, drug users cannot know the potentiality for overdose. Unknown fentanyl levels in street drugs combined with high potentiality for overdose is creating a perfect storm leading to fentanyl overdose fatalities.

What’s Next in the Fight Against Opioid Fentanyl Overdose?

Currently the word in fighting fentanyl overdose and overdose fatality is ‘harm reduction’. Until a more comprehensive solution can be created and applied to drug dependence on a large scale, the drug Naloxone, also known as Narcan® can significantly help to reduce overdose and overdose fatality. Narcan®  is a non-addictive medication that has the ability to counteract opioid overdose, specifically to reverse the depressive effects of opioids on the respiratory and central nervous system that cause those under opioid influence to stop breathing.

Narcan®  is available to the public and the public can be easily trained to administer Narcan®. Making Narcan® readily available to those with substance abuse disorders and those surrounding them as the ability to significantly reduce opioid overdose fatalities. Getting Narcan®  to the right populations, however, is another matter.