Is Alcoholism a Disease or a Choice?

Alcoholism has been categorized as a medical disorder far longer than it has been widely accepted as a psychiatric disorder– since 1956. It is a bit bewildering that in 2020 many still ask is alcoholism a disease and do not see addiction as a disorder, but the classification is becoming more accepted in the public. It has been a slow crawl for substance-related and addictive disorders to be truly accepted as disorders.

Some History on Alcoholism as a Disease 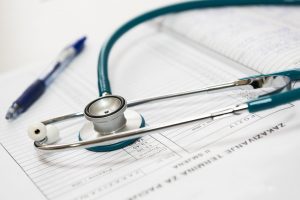 Alcoholism was first referred to in the context of a disease by the American Medical Association in 1956, in the Journal of the American Medical Association medical journal, in the “Reports of Officers” article, where the AMA refers to hospitalizing and treating those suffering from alcoholism as part of their standard operating procedures. Court rulings such Budd v. California in 1966, Powell v. State of Texas in 1968, and Traynor v. Turnage in 1988, furthered the categorization of alcoholism as a disorder, as justices made rulings about alcohol use that legitimized the categorization. This report and these court cases began the journey to answer the question, is alcoholism a disease or disorder?

Is Alcoholism a Disease or a Disorder?

When medical professionals refer to alcoholism, it is usually in the context of a disorder and not a disease, but the intent is the same.

Just as information from the American Medical Association gave credence to alcoholism as a disorder, a 1980 publication by the American Psychiatric Association (APA) identified substance abuse disorder as a mental health disorder. Since its first publication by the APA in 1952, the Diagnostic and Statistical Manual of Mental Disorders (DSM) has been the defining standard for the classification of mental disorders.
There have been six incarnations of the Diagnostic and Statistical Manual of Mental Disorders (DSM); the DSM-I, II, III, III-R, IV and DSM-5. For simplicity’s sake, it can be said that with each incarnation the DSM’s classification of substance abuse disorders, such as alcohol abuse/dependence, became more comprehensive.

The DSM-I (Diagnostic and Statistical Manual of Mental Disorders)

The DSM-I, published in 1952, recognized alcoholism and drug addiction as being the result of other, broader personality disorders. It is important to note that the DSM-I did also allow for exceptions that would allow for a primary diagnosis of substance abuse disorder (including alcoholism), but with the caveat that a co-existing disorder was present, just not diagnosed. In essence, alcoholism was not recognized as a disorder in and of itself.

The DSM-II (Diagnostic and Statistical Manual of Mental Disorders)

The DSM-III (Diagnostic and Statistical Manual of Mental Disorders)

The DSM-III was published in 1980 and is significant because it “represented the shift … from the clinically based bio-psychological model to a research-based medical model.” It was in this third version of the DSM that Substance Abuse and Substance Dependence were recognized as categories.
Substance Abuse was a diagnosis categorized mostly in terms of real-life consequences such as prosecutable offenses due to intoxication, or loss of employment or social standing. Substance Dependence was categorized mostly by physical manifestations like withdrawal symptoms or increased tolerance.
While recognizing these categories was a step in the direction of solidifying alcoholism as a disorder, having two separate categories didn’t really reflect the true nature of how alcoholism affects people, and affects people differently. The biggest problem, arguably, was that physical symptoms (such as withdrawal) were needed for a diagnosis of Substance Dependence.

The DSM-III-R (Diagnostic and Statistical Manual of Mental Disorders)

The DMS-III-R was published in 1987 and changed the distinctions between the diagnosis of abuse and dependence. Notably, the DSM-III-R moved elements from the abuse category into the dependence category, recognizing that people could become physiologically dependent on substances without abusing substances. This lent more credence to the idea that substance abuse/dependence wasn’t cut and dry between physical and behavioral. There was much growing medical research at the time about how the physiological and behavioral aspects of alcohol dependence in combination could better define the disorder.

The DSM-IV (Diagnostic and Statistical Manual of Mental Disorders)

The DSM-IV and DSM-IV-TR were published in 1994 and 2000. In relation to substance abuse such as alcohol abuse/dependence, the DSM-IV changes the criteria once again, removing the necessity (but still recognizing the role) of withdrawal and tolerance for a diagnosis of Substance Dependence. The criteria for Substance Abuse was defined as not including withdrawal, tolerance, or compulsive usage, and was more narrowly defined as the repeated use of alcohol despite negative and harmful effects and consequences.
The DSM-IV and DSM-IV-R did not make any radical statements or changes to how alcoholism was viewed through the lens of psychiatry. There were recommendations to remove the abuse category altogether and expand the dependence category. The expansion of the dependency category could have had the effect of reducing the central role that physiological criteria had in the disorder, paving the way for a more “dual diagnosis” approach that incorporated more behavioral health aspects.

The DSM-5 (Diagnostic and Statistical Manual of Mental Disorders)

The DSM-5 was published in 2013 and made some significant changes to the classification of substance abuse disorders. Classification of substance abuse disorders into two categories, abuse and dependence, was eliminated. Substance Abuse and Substance Dependence were instead integrated into one category titled “Substance-Related and Addictive Disorders”. Disorders are measured on a scale from mild to severe, depending on how many symptoms are present.

The DSM-5 rejects the idea of Substance Abuse and Substance Dependence has two distinct categories. Instead, the elements of substance abuse and dependence are more seen as being on a continuum, like on a thermometer. A person’s symptoms and behaviors are taken into account to determine where their disorder falls on the scale. With the furthering of medical science, there is also a type of evolution from thinking of substance abuse in terms of physiology, to taking into account how neurology plays a part in addictive disorders in terms of both biology and behavior.

Who’s Asking Is Alcoholism a Disease in 2020?

The diagnosis of substance-related and addictive disorders has come a long way since it was first referred to in the context of a disease by the American Medical Association in 1956. Today it is more widely accepted that substance abuse disorders are a combination of biological, psychological and behavioral health factors. Still, the stigma of moral failure looms around alcoholism, perhaps because it is difficult to isolate the disorder from other co-morbid disorders that a person may also be suffering from.

Is alcoholism a disease? Yes. Based on the historical evolution of alcoholism being recognized as a disorder, it wouldn’t be inappropriate to say that we have really only begun to recognize alcoholism for the complicated and intricate disorder it is. As medical professionals and laymen, our reaction to those who suffer from alcoholism as a disorder should be compassion, diligence and support for recovery.